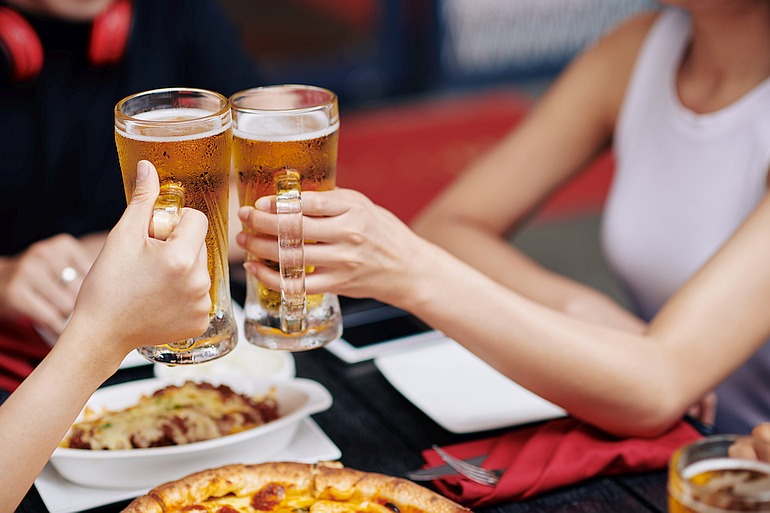 I wasn’t always a beer lover. Traditionally my drink of choice would have been a glass of wine. A Chardonnay matured in French oak, if I was allowed to by picky about it. It took time for me to come around to beer. Looking back now, I can understand why. The early beers that I was exposed to were simply not fantastic. Like wine, beers come in many tiers of quality, and while the beers that I was exposed to early on weren’t exactly the bottom rung, they were only a step above it. Allow me to share with you my journey from saying “no” to beer, to discovering the delicious Canadian-made micro-suds to which I always say “yes!” today.

Growing up on a farm in southern Ontario, the of-age members of my family would always enjoy a refreshing beer after a hot workday on the farm. Whether it be a morning of tilling the fields, an afternoon of cutting the grass, or a full day of cleaning barns, at the end of the workday it was a refreshing mass-produced lager that beckoned my family. The big brands were my first exposure to beer. Think beers like Molson Canadian, Coors Light, Budweiser, and Blue. The first thing I remember about these beers is that my aunt always insisted that they be drank cold. As cold as possible. Ice cold. If you have ever tried one of these beers at a temperature anything above ice cold you’ll understand why. They taste simply terrible. And when drank ice cold as directed, there isn’t much flavour to be enjoyed at all. For me, it was not a great introduction to what beer can be at its best.

My first exposure to these beers was at a time just before the Ontario microbrewery boom of the late 2000s and early 2010s. At this time, I was not aware that any other types of beer existed. I thought that it was mass-produced lager or bust. It wasn’t until after I went to university that I was exposed to other varieties of beer, and once the genie was out there was no putting him back in the bottle, or can, or cask, as the case may be. Like a wine enthusiast who starts out drinking one-dimensional international-Canadian blends and graduates to appreciating appellation-specific VQA wines, once a beer lover has discovered a love of craft beer there can be no going back to the big brands.

I worked in Toronto’s fine dining scene at the beginning of the craft beer boom. When I moved to the metropolis in 2010, T.O. was offering a plethora of new microbrews to tempt a thirsty and sociable young man such as myself. I was exposed to the likes of Mill Street Organic, Mill Street Tankhouse Ale, Steam Whistle Pilsner, and Amsterdam Brewery’s Big Wheel Amber. Suddenly beer tasted like something other than, well, “beer.” Refreshing, hoppy, bitter, sour, malty, or even orangey flavours exploded on the palate. What was going on? It was possible for beer to have flavour…!? I had no idea. Mind blown.

My exploration of craft beers continued when I moved to Alberta in 2014 to pursue hospitality work in Banff National Park’s world-class tourism industry. To my delight, moving to a new province meant new craft beers to try! Among my personal favourites were Big Rock Brewery in Calgary and Grizzly Paw Brewing Company in scenic Canmore. I quickly observed that Big Rock’s Traditional Ale (affectionately referred to by the locals as “Trad”) was an extremely popular choice for Albertans, both in the bar scene and at home. As the manager of a fine dining room in Lake Louise, one of my first official acts was to remove Molson so-called “Canadian” from the beverage menu and replace it with locally made Albertan microbrews from smaller producers. It offended my patriotism that visitors from all over the world were coming to enjoy the beauty of the Canadian Rockies and expose themselves to Canadian culture, only to be offered a beer called “Canadian” that was manufactured by an internationally-owned semi-Canadian company. Not on my watch.

By 2017 my professional journey found me back in Ontario where I was making the beautiful Niagara region my home. I moved here to work as a Wine Smart Guide for Niagara Vintage Wine Tours and Bootleggers, where I share my knowledge of wine and my enthusiasm for locally produced agricultural products with visitors to Niagara. Once again, I found myself discovering plenty of locally produced craft beers. Among my personal favourites are Silversmith Brewing Company’s The Black Lager, Niagara Oast House Brewer’s Barnraiser Country Ale, and Bench Brewing Company’s Appellation No. 1 Farmhouse Ale. These are unique, and in some cases, appellation-specific brews. Appellation No. 1 Farmhouse Ale, which is aged for 10 months in used wine barrels, is like nothing I have ever experienced before. Ageing the beer in used wine barrels adds a genuinely winey flavour to the beer. This is a seriously unique brew. I thought I had moved to Niagara to work in wine country. I had no idea that I was about to immerse myself in beer country as well. Though thinking back, I should not have been surprised.

It is disappointing that liquor laws in Canada and her provinces have not been modernized to the point where Canadians can enjoy a free flow of microbrews from any province regardless of which province they reside in. With few exceptions, Albertan beer stays in Alberta, and Ontarian beer stays in Ontario. But maybe, at least for the time being, there is something special about a microbrew being available in a limited geographic area. Maybe it keeps it special. Maybe.

From ice cold macro lagers on the farm to innovative microbrews in the honeymoon capital of the world, it has been quite the journey for me. From saying “no” to beer to saying “yes!” to enjouing Niagara’s microbrews today. Not only do microbreweries offer more unique and flavourful beers, it is also important to me to support small businesses. It is unfortunate, in my opinion, that Mill Street Brewery has allowed itself to be purchased by Labatt Brewing Company, and that Creemore Springs is a subsidiary of Molson Coors. Perhaps being bought out by a multinational corporation ripe with public shareholders is a sign of success, but I personally prefer to give my hard earned dollars to a small crew of tenacious brewers who had a dream, or to a hard-working family that has built a small legacy on sweat, tears, and sacrifice.

If you are still enjoying the big brands, please don’t get me wrong—there will always be a place for mass-produced lagers and pilsners in the marketplace. In fact, 90% of all beer sales at the LCBO are still going to largescale producers, so there is obviously demand for these products. But in my opinion, if you are ready to expose your palate to flavour country, there is a world of Canadian craft beers out there just waiting for you to discover them!

* The opinions and recommendations in this article are solely those of the writer, and do not necessarily reflect Niagara Vintage Wine Tours or Bootleggers. 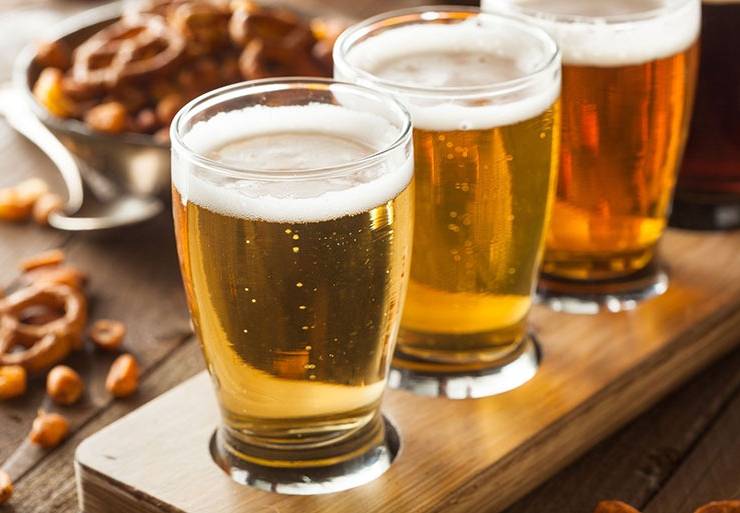